No usage without explicit license agreement. Please share original link.  Usage with attribution/credit, but no agreement, is still unauthorized.

Exodus has been, for over thirty years, one of the mainstays of the Bay-Area thrash scene, along with Slayer, Megadeth, Metallica, Testament, and others. So intertwined is Exodus' history that it has been argued that they should have been on the "Big-Four" tour (with Slayer, Megadeth, and Metallica) instead of Anthrax. The familial relationships between the bands are also readily apparent; Chuck Billy of Testament was originally in Exodus, while Kirk Hammett was also in the band before being chosen as Dave Mustaine's replacement in Metallica.   Currently, Gary Holt records and plays live in Slayer, leaving room for Heathen guitarist Kragen Lum to fill his spot on stage, alongside fellow Heathen guitarist Lee Altus.

The shows are aggressive and high-energy, but friendly and camaraderie is in no short supply.  Due to this, it was appropriate to also include shots of the crowd due to how much of the experience comes from them. 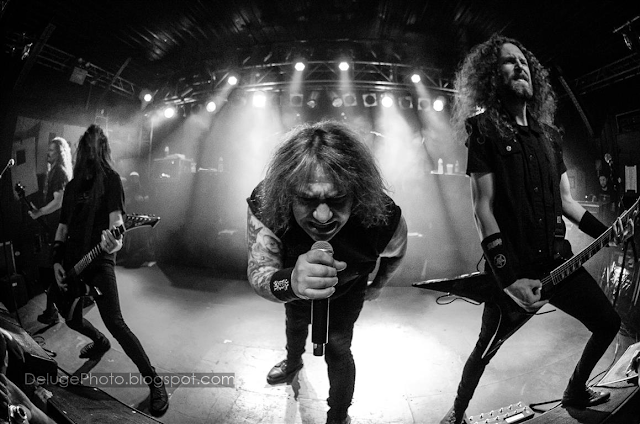 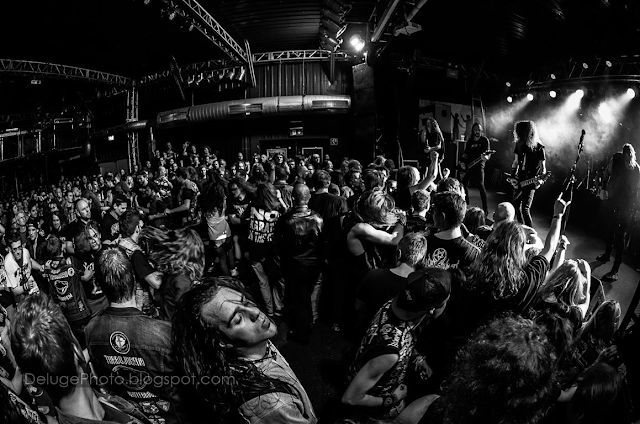 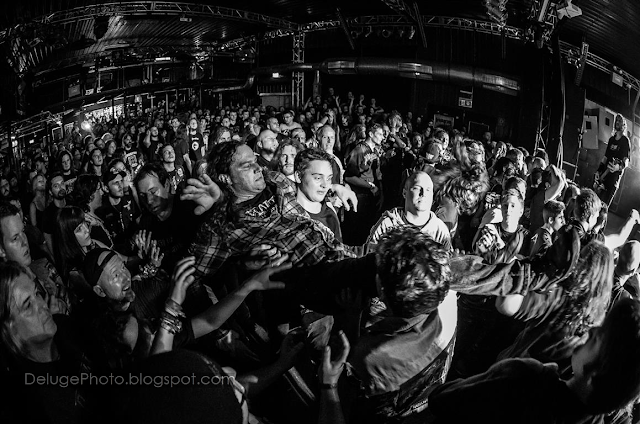 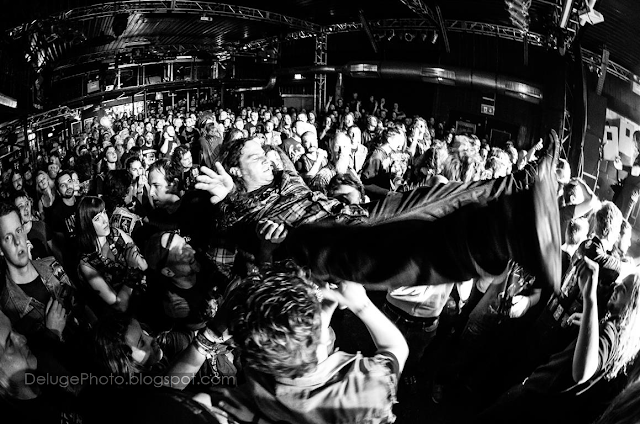 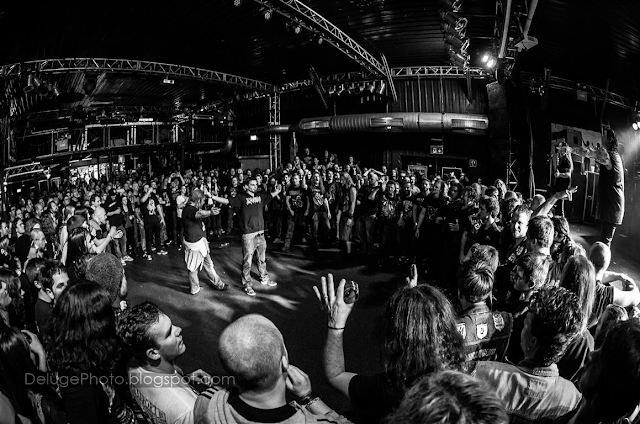 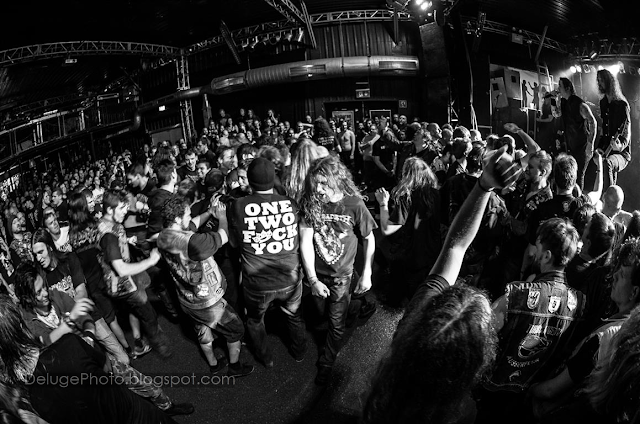 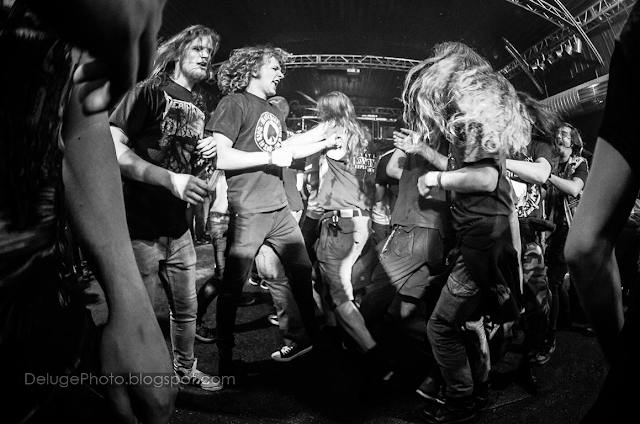 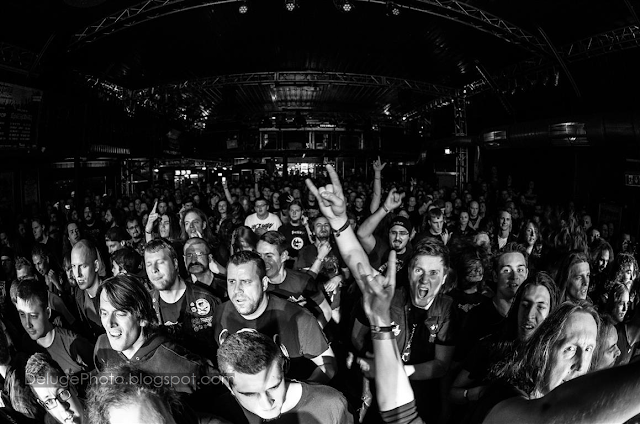 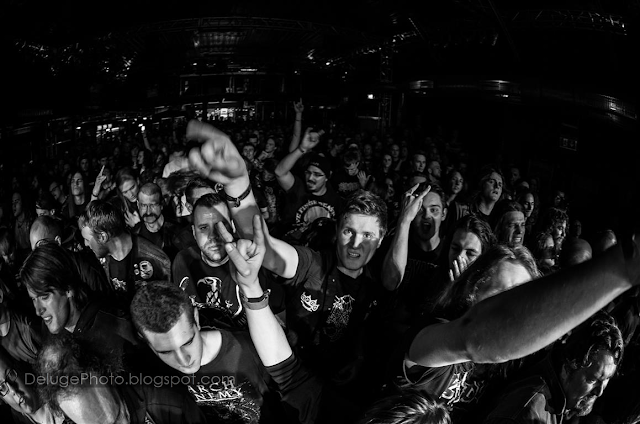 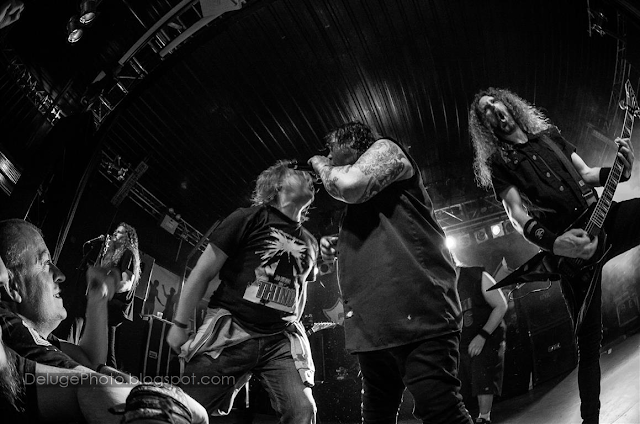 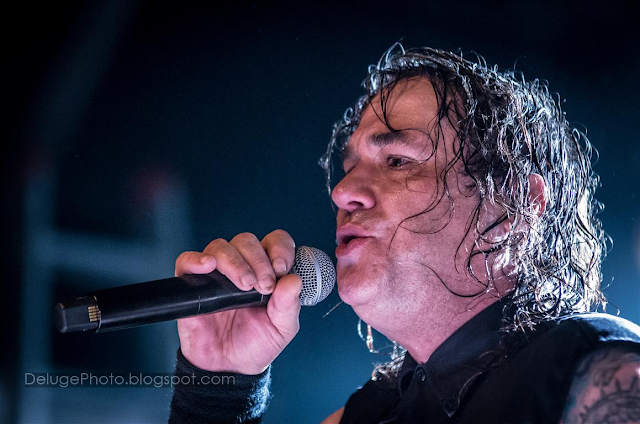 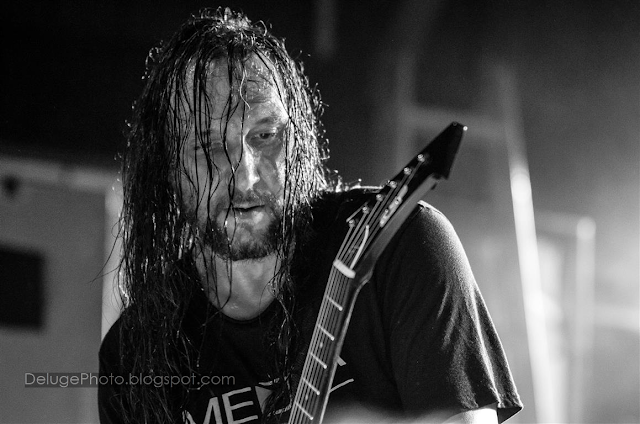 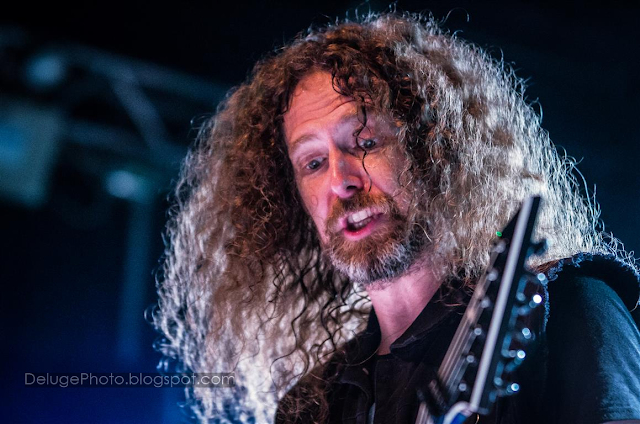 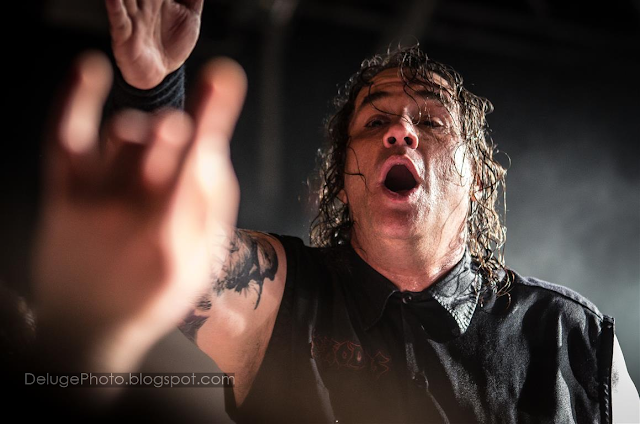