On an assignment in New York City, the photography capital of the world.  Will be updating regularly via the blog and social networking.

Perhaps I will look for options in staying here permanently again.  If there are any thoughts, leads, etc., please leave a comment or contact me via Twitter direct message: @drmorbid or via email: delugephoto [a] gmail.com (remove brackets and place "@" symbol to complete the address). 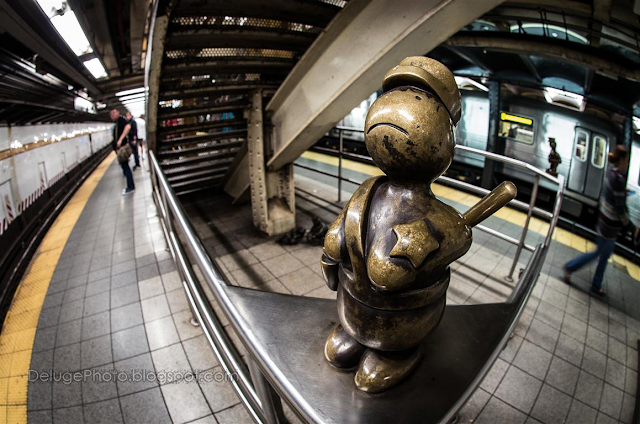 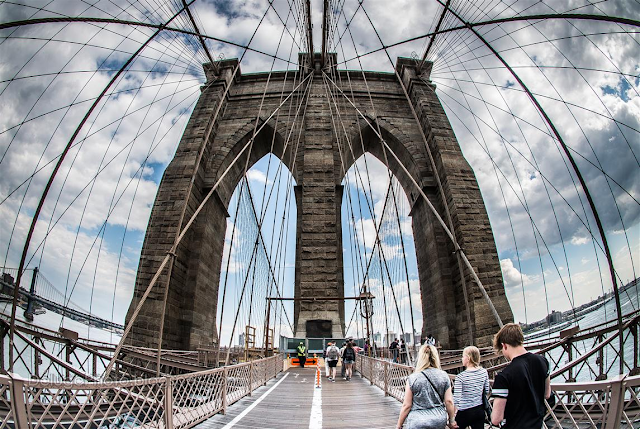 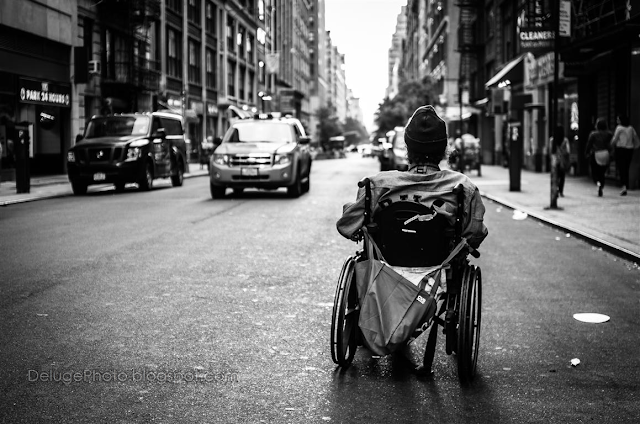 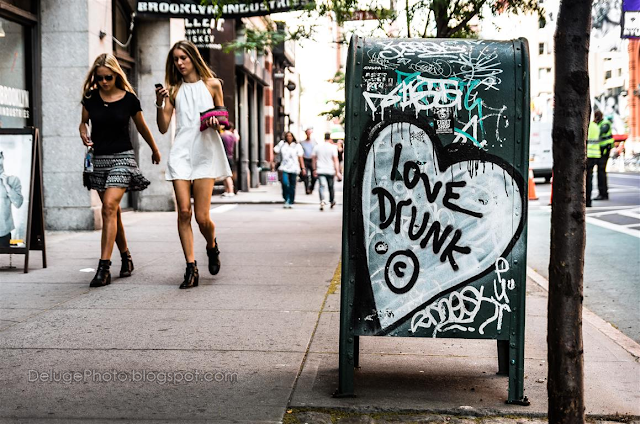 Mo Hernandez
Felix Benneckenstein
Posted by X at 9:31 AM No comments:

No usage without explicit license agreement. Please share original link.  Usage with attribution/credit, but no agreement, is still unauthorized.

Expanding the coverage of the Neonazi/far/radical right spectrum groups, myself and colleagues made a trip to Bad Reichenhall, a village on the German-Austrian border near Salzburg.

Annually, they hold a memorial for the Charlemagne division of the Waffen-SS, which consisted of French collaborators who fought for Germany.  They were executed at the conclusion of the war.

Bad Reichenhall is known to consumers of table salt, as well as being a semi-major tourist destination.  However, tourists may not be able to see what is behind the businesses and beautiful landscapes of the village- extreme conservative and far right-wing values to the point that these Waffen-SS agents have a permanent memorial in the village's cemetery and also has a relatively eyebrow-raising memorial stone at the Kretabruecke (Crete Bridge) in remembrance of the Gebirgsjaeger (mountain-specialist troops) killed while in service for the Nazis.

Many of the faces coincide with those present at Bagida marches and die Rechte demonstrations in Munich and elsewhere.  These facts make the complete lack of coverage by the media rather conspicuous.  However, as previously noted, the existence of a far/extreme/radical right in central Europe are dissonant topics, which people prefer to ignore, or lie about and claim it doesn't exist.  These factors lended themselves to the breakout of Pegida, which was there all along, but, after a point, Dresdners were no longer able to lie and keep their racist sentiments a secret.

Peter M., once again, began making a spectacle of himself and was loudly chastized by others there for his misbehavior.

The speeches ranged from revisionism regarding the end of WWII and Germany's role and surrender, then taking a radical deviation to Volkstheory by Philipp Hasselbach.  At the end, they sang "Wenn alle untreu werden", a song associated with the SS and, while not forbidden under German law, is highly controversial.  Anti-Jewish rhetoric was also present in the speeches, including the mention of "hooknoses". 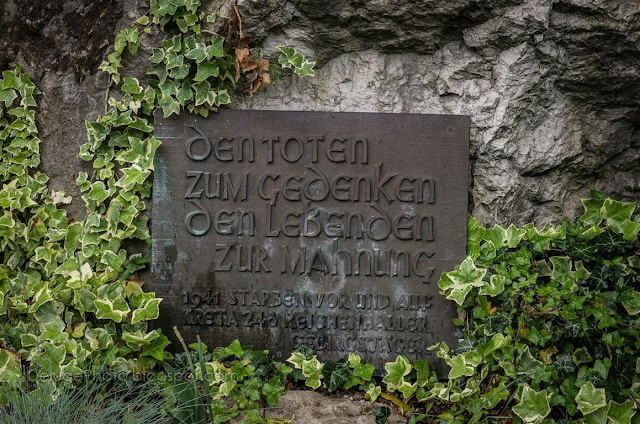 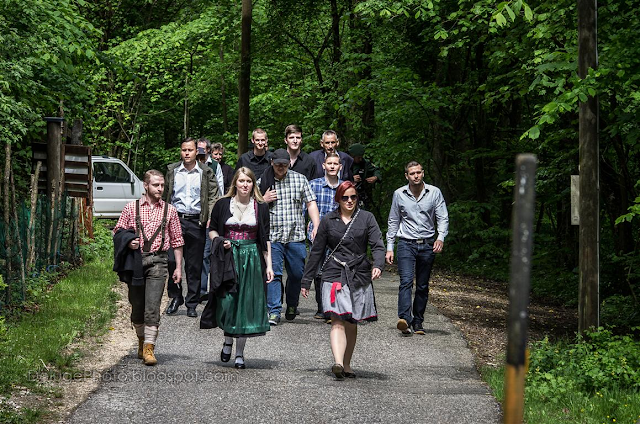 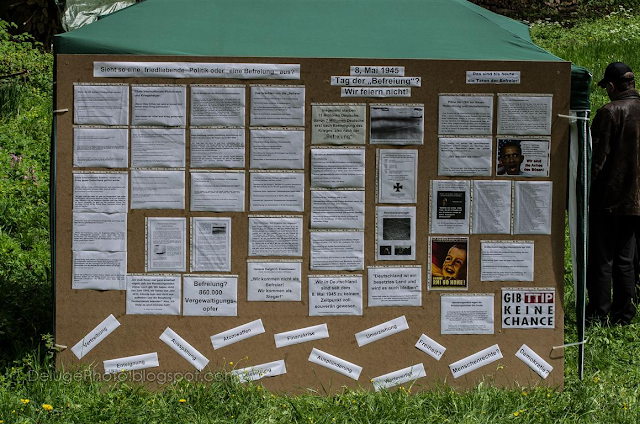 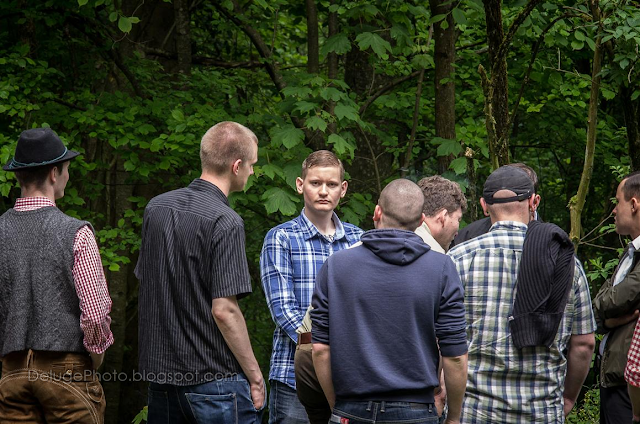 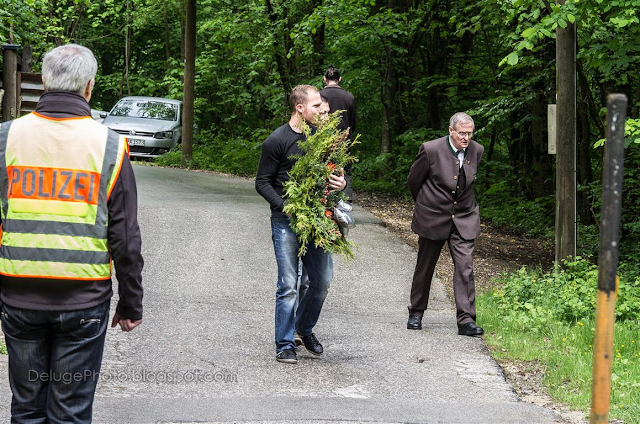 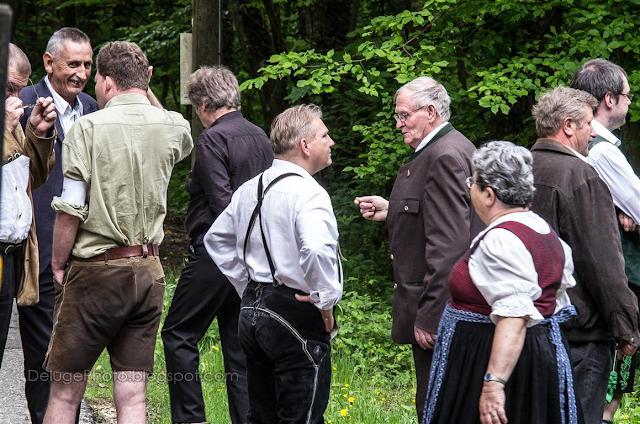 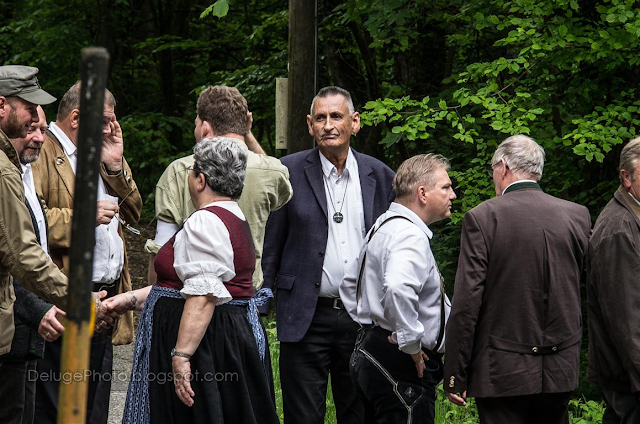 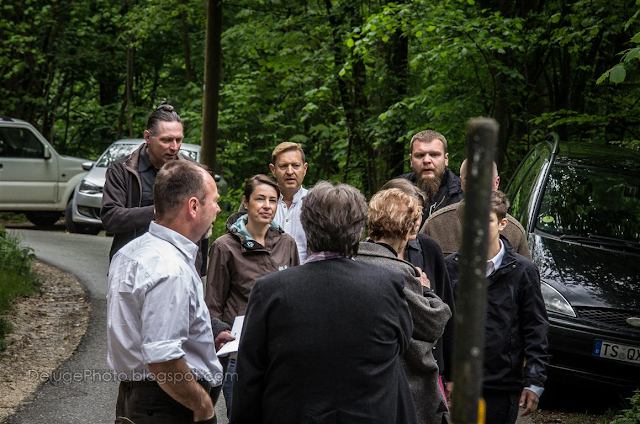 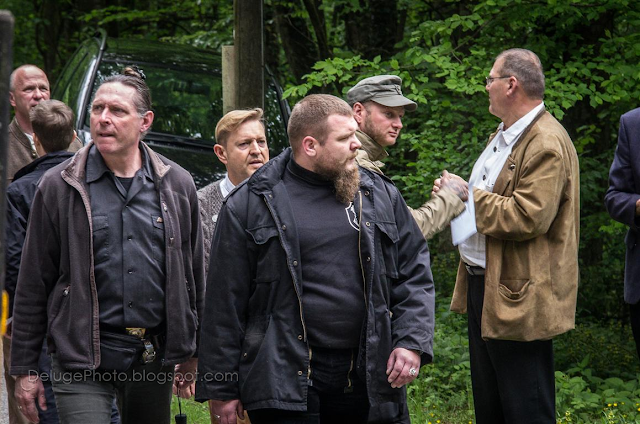 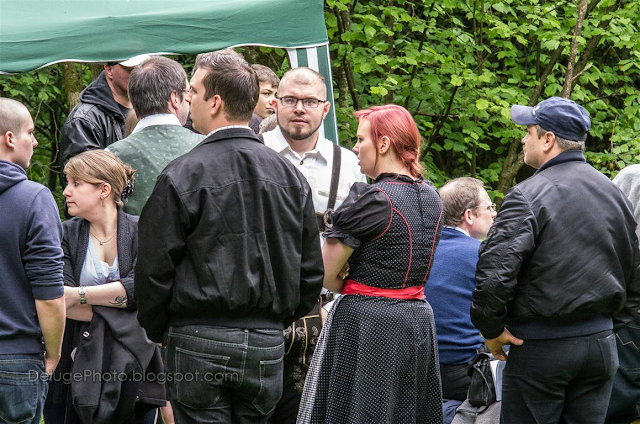 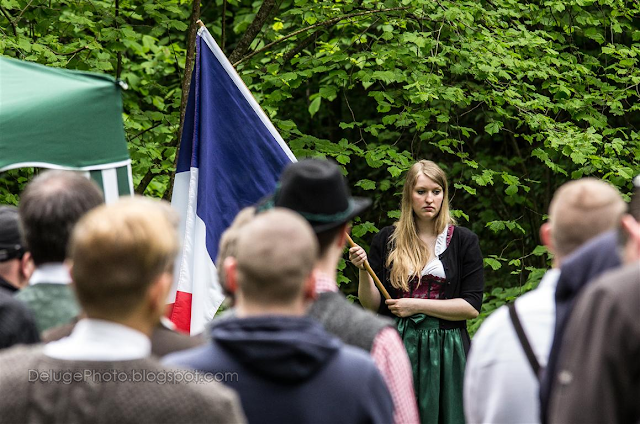 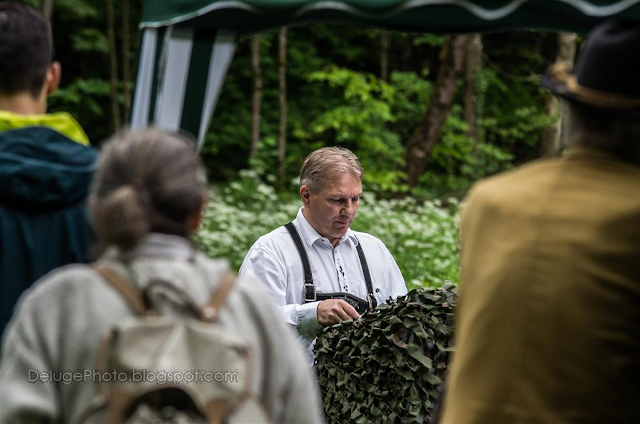 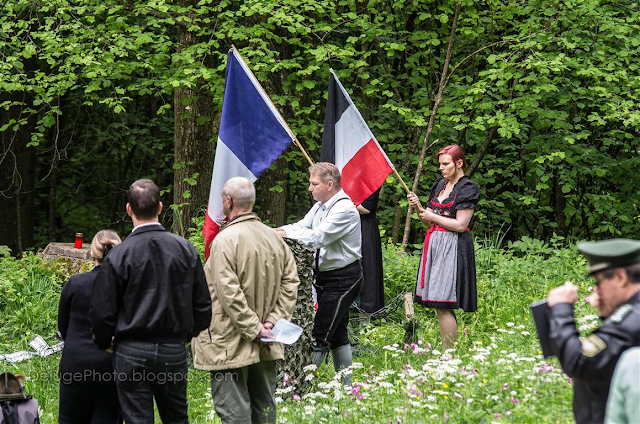 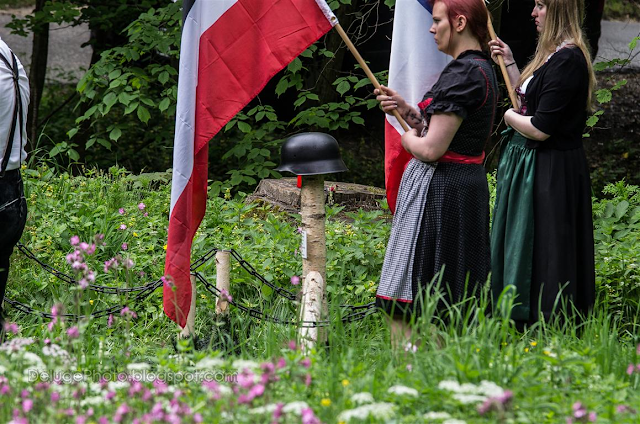 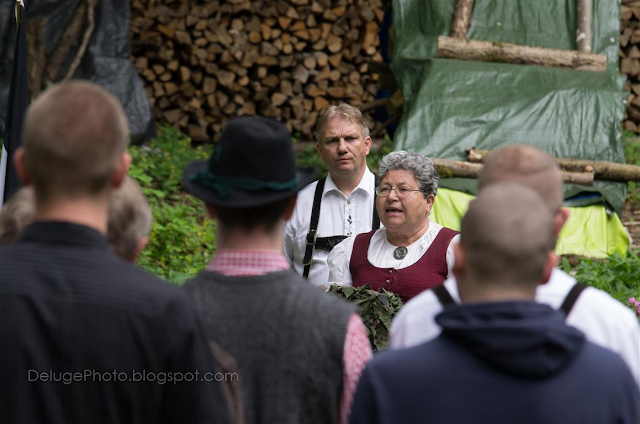 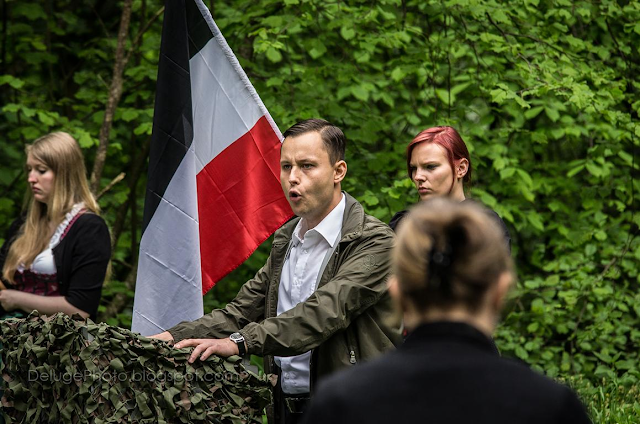 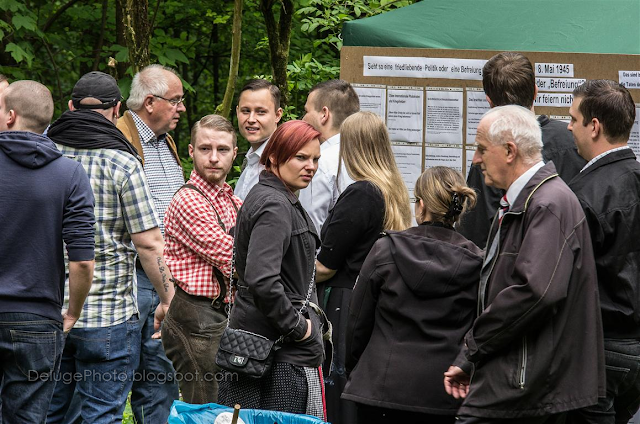 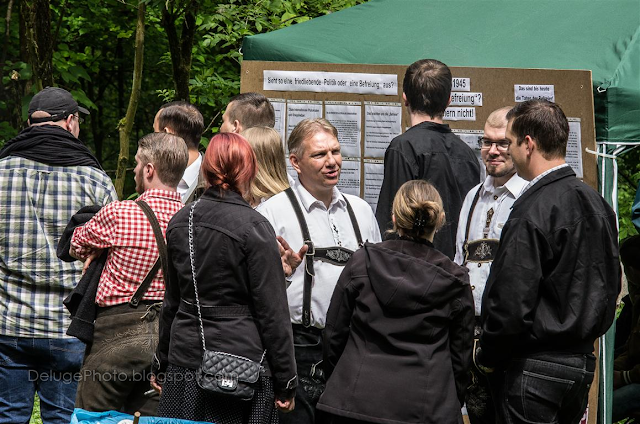 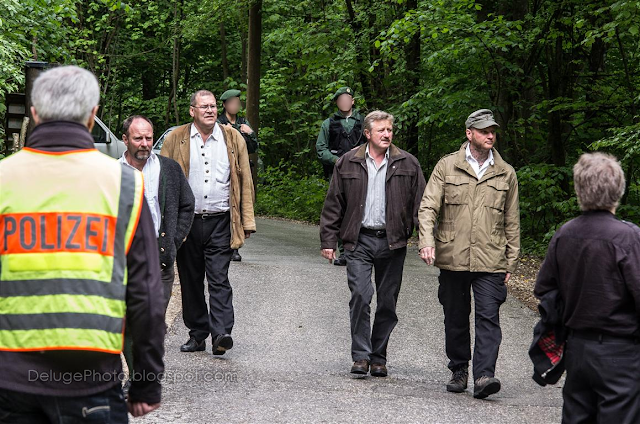 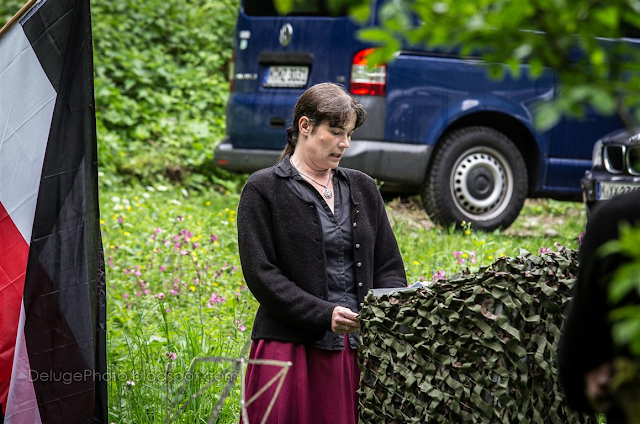 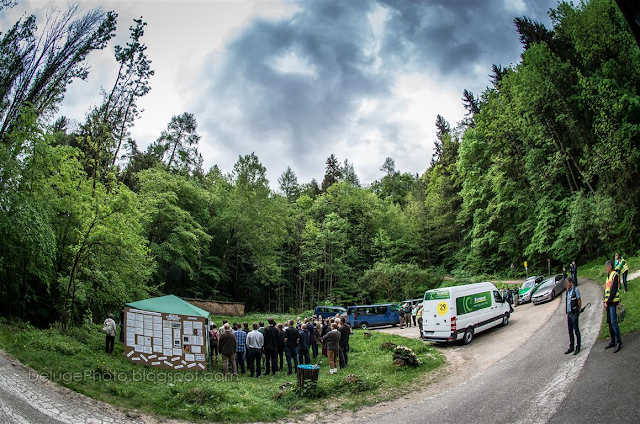 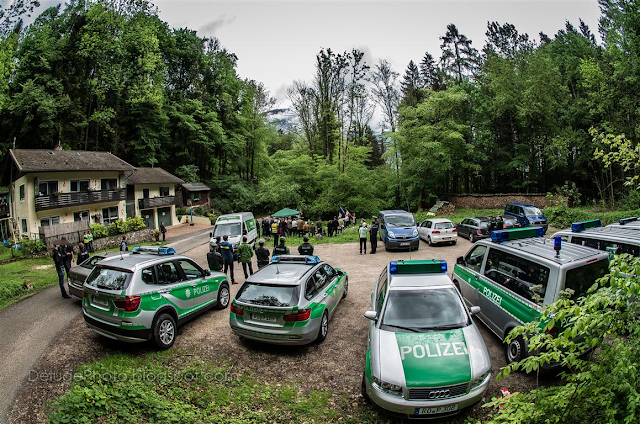 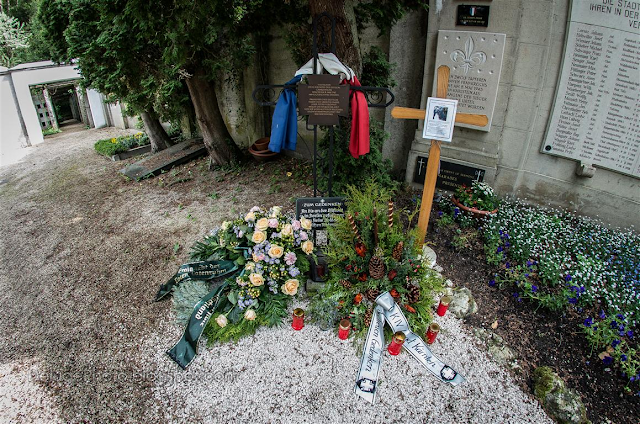 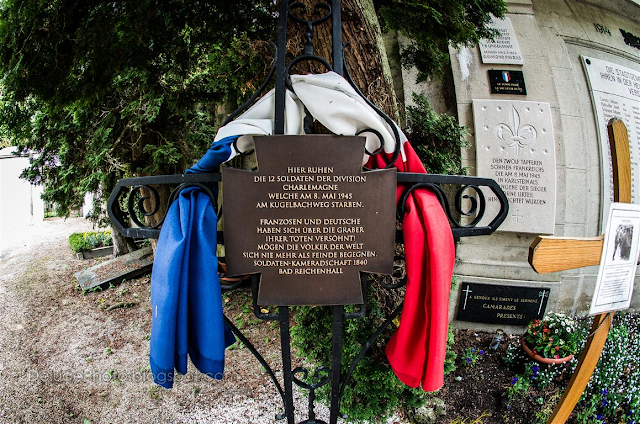 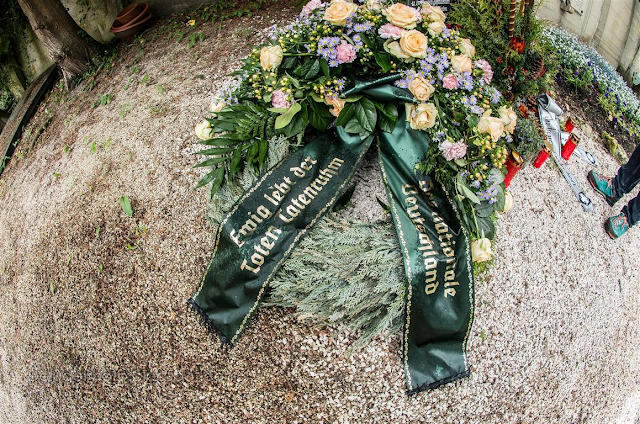 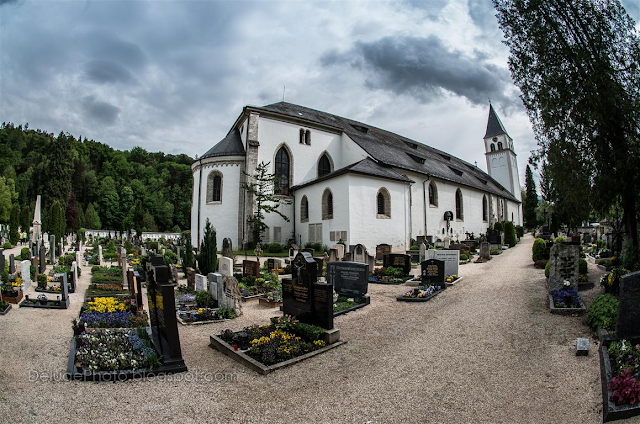 Mo will regularly update his blog with political events, demonstrations, rallies, and analyses from the Munich area, as well as abroad.

The focal point, in addition to others, will be similar to some of mine, in the form of domestic unrest- the type of which is often ignored by the media for various reasons- be them political and/or financial constraints.

We're currently in an era where the media's resources are shrinking and they are unable, or unwilling, to cover many stories and initiate the journalistic process of old- following a story for an extended period of time to analyze the developments and minutia that determine outcomes.  Furthermore, some stories are simply too dissonant for the target audiences.  This is where Mo, myself, and other colleagues performing independent, investigative photojournalism fit in.