Between Feb. 6-9, Munich held the yearly Munich Security Conference in the city center.  Every year, some of the most important politicians and ministers come together in order to discuss world affairs relating to security, military action, political/militaristic disagreement (ie: Ukraine), and cooperations.

The demo for Ukraine was a peaceful affair and seems somewhat mixed between the factions (ie: Pro-EU Ukraine/Pro-Russia Ukraine).  The unifying element was an end to the proxy war taking place between the west and Russia via Ukraine.  Interestingly, several known members of the right-radical Bagida (Bavaria's variant of Pegida) were marching along.  Bagida has a pro-Russia stance (and they, indeed, ask for Putin to "rescue" them in their signs, along with looking up to him for his stance against Israel and gay marriage).

The anti-NATO demonstration (Kein Frieden mit der NATO) was a typical conspiracy theorist/conspiritard affair, despite the organizers saying from the outset that it was not a place for such things (which drew boos).  Some of the messages involved demanding an end to Germany's incredible weapons exports to conflict zones around the world, anti-USA messages, NSA monitoring (but conveniently and expectedly forgetting to hold their own government surveillance to account for their actions), and so on.  It was a rather weak affair, with messages too diffuse to really deliver a coherent message and the typical German protest where most are frightened of holding their own government, leaders, and police accountable for surveillance of the German people, in favor of complaining about the more popular to complain about United States.

Additionally, several in the crowds complained that I was photographing, but those people, while complaining about being photographed (they were not even photographed, which I displayed that I was photographing signs and constructions), they were being photographed and recorded by the Munich police surveillance cameras, additional police were on the balconies of city hall videoing and photographing, and no less than a half-dozen photographers and videographers were on stage during the event, all photographing and recording the crowd.  This bizarre behavior takes place quite a bit in Germany, where objections like the above by "the state" are given free passes, but private street photographers receive everything including threats and violence.  Also in attendance were a few Bagida members and one from an offshoot racist-radical group of Pegida that rallies around the theme of anti-Americanization of Europe as their foot-in-the-door platform. 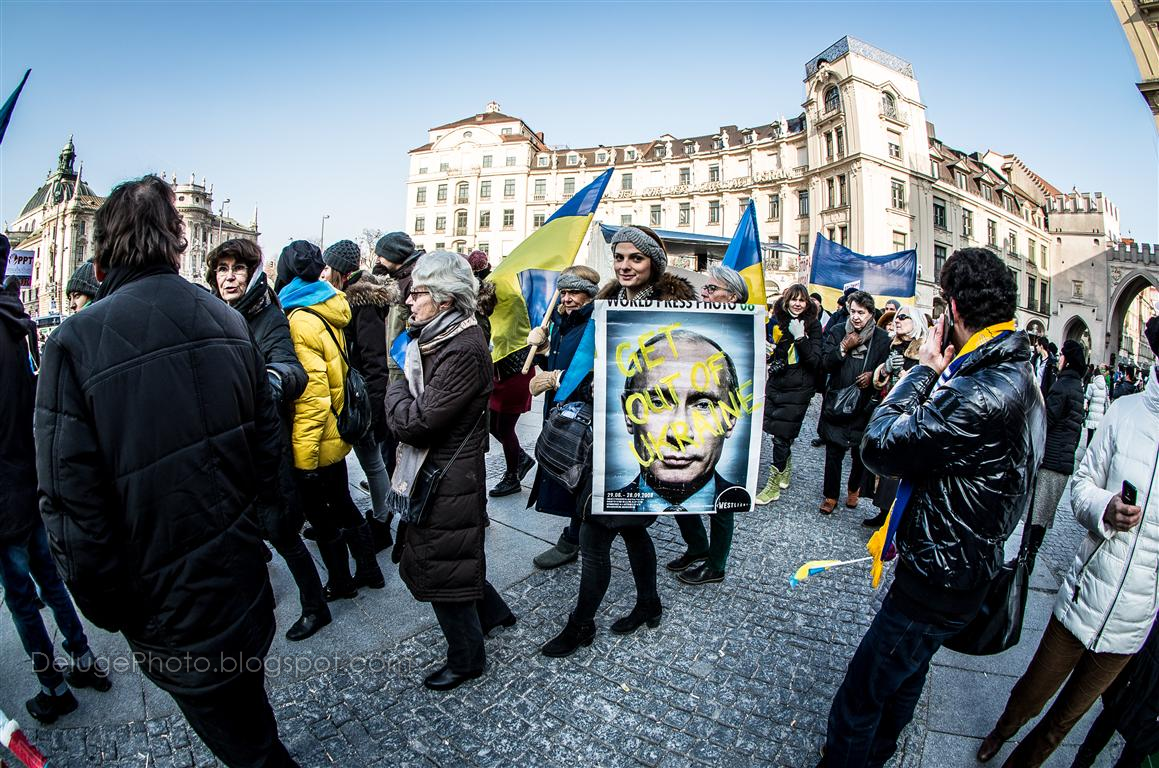 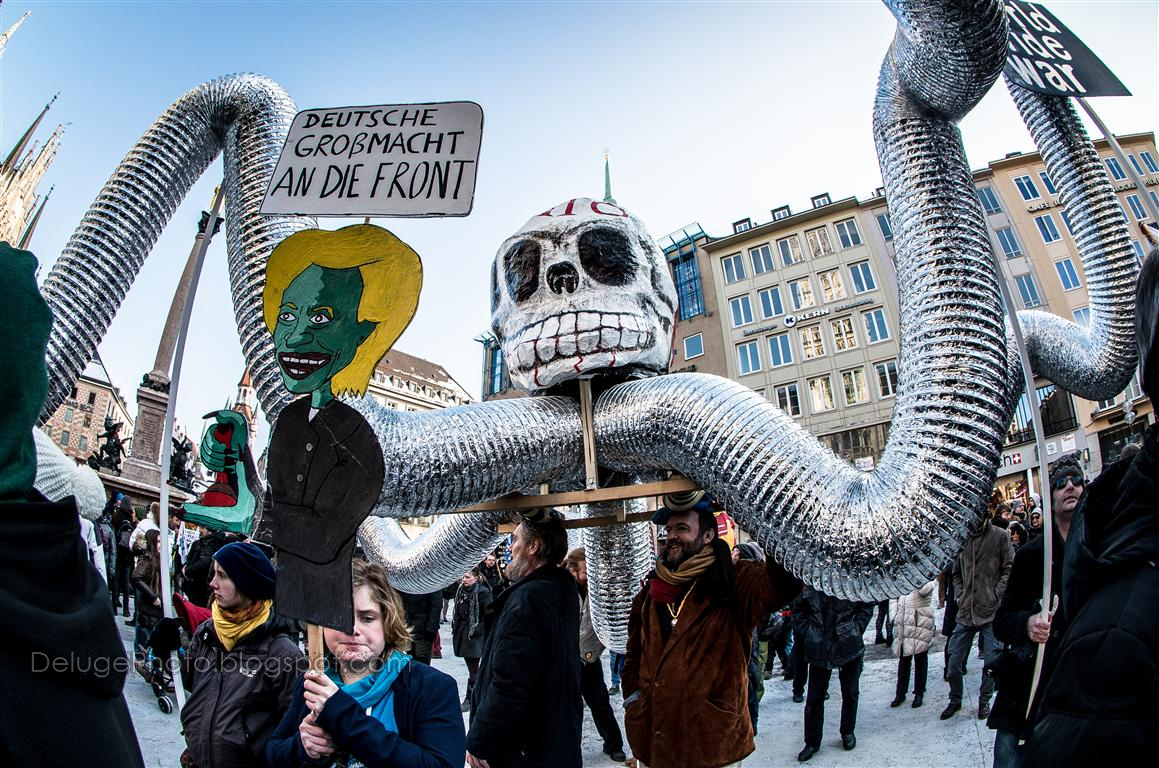 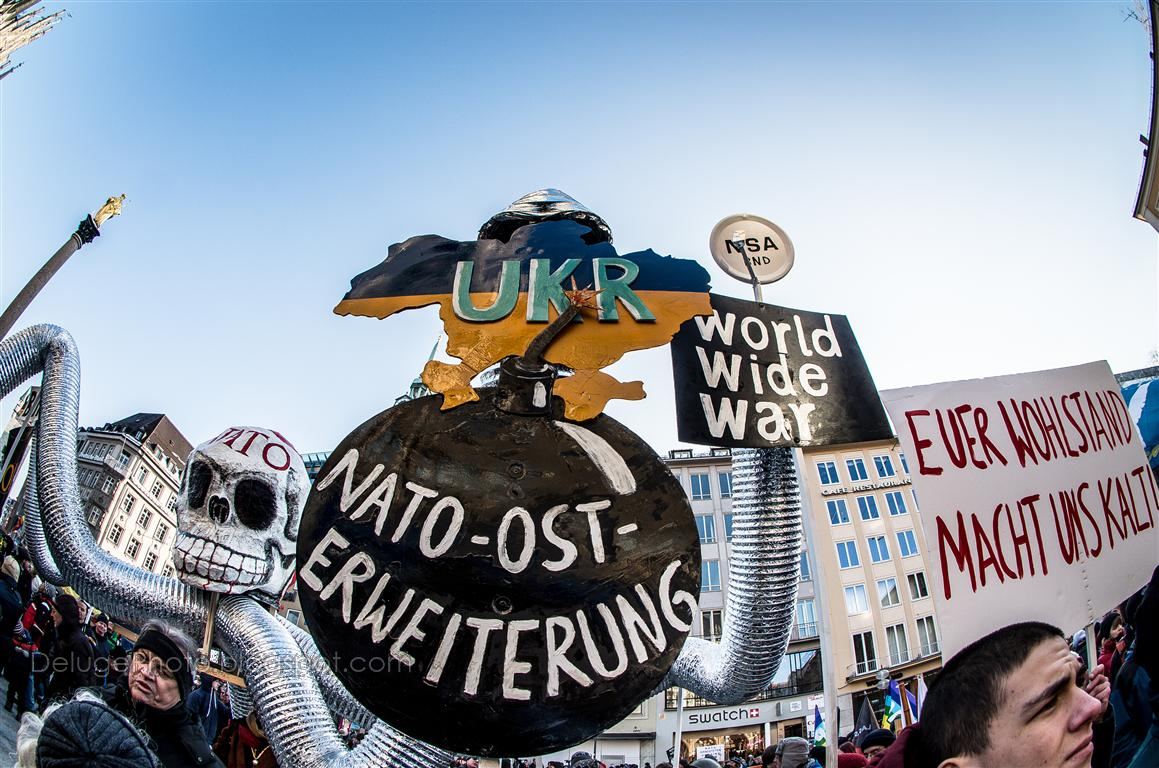 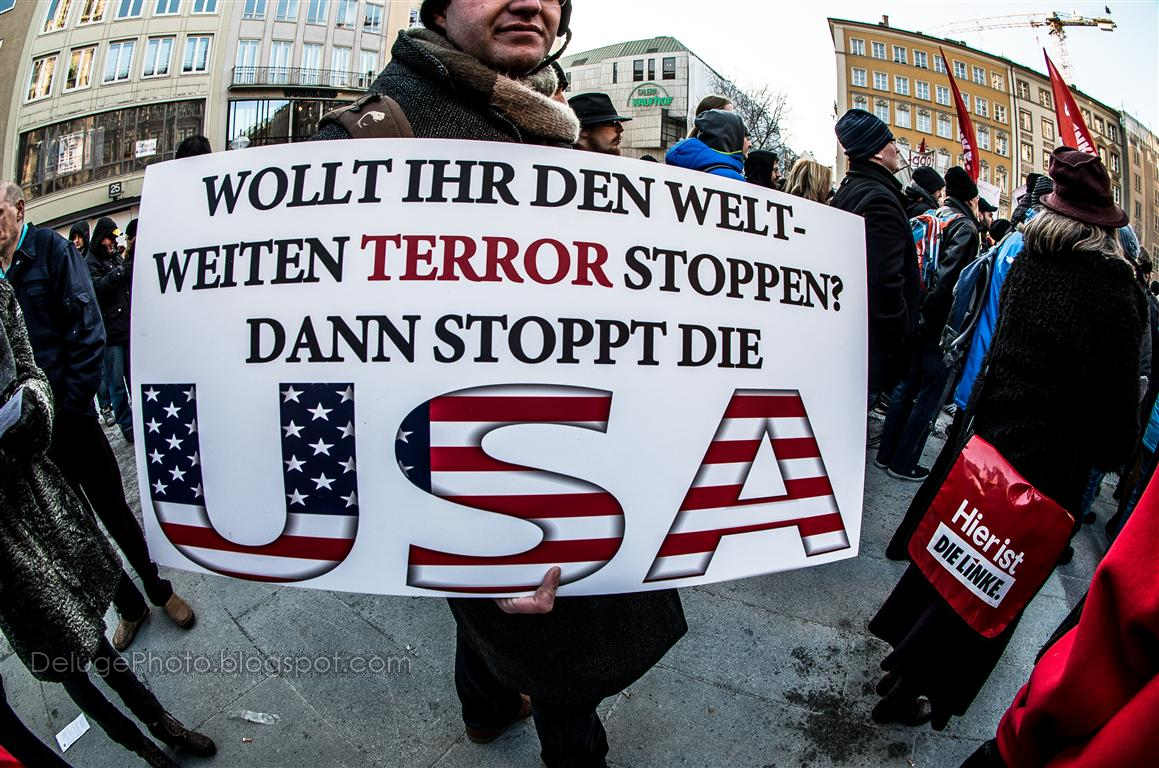 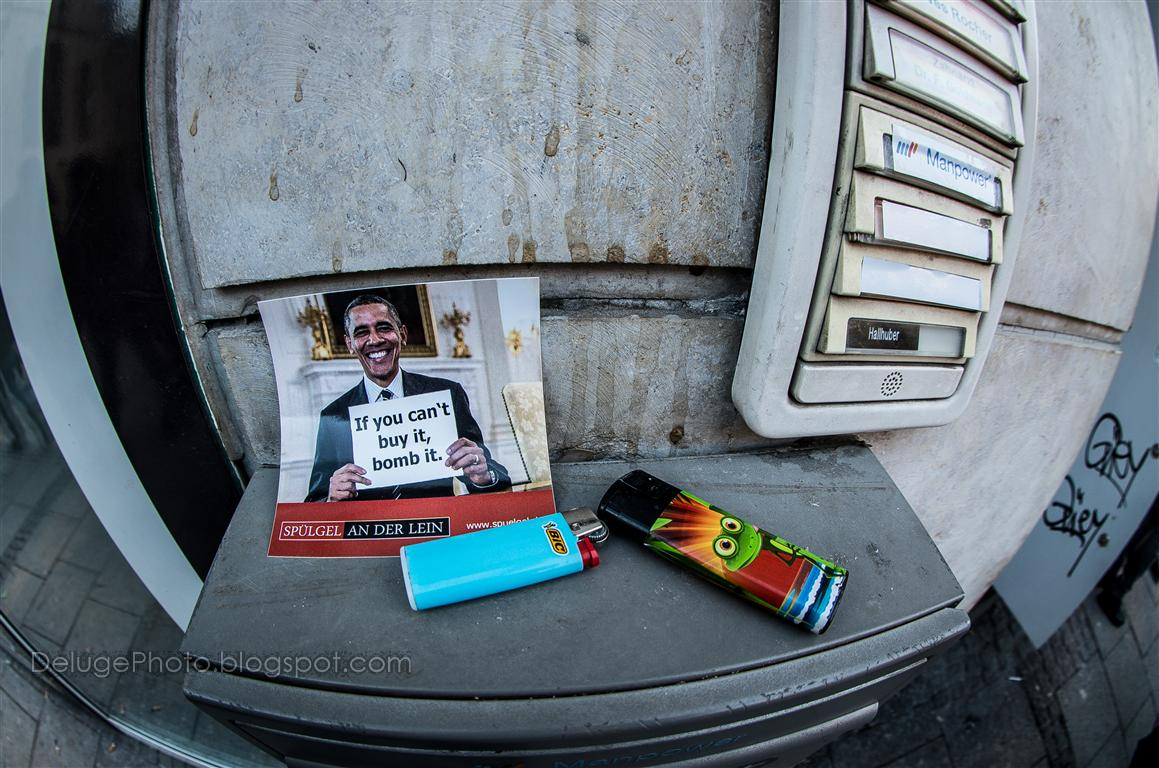